The Order of Merlin (OoM) is a slice-of-life AU site based in the Harry Potter universe. We're 15 years old and still going strong with our small and cozy community! We are a dedicated roleplay site full of adults who like to play make-believe. If you're looking for a laid-back site, and a group of people to call a second family, look no further than The Order of Merlin!

OoM is a plot-free roleplay site where players can focus on personal stories rather than an overarching one. All that we ask is that characters play consistent to the year of the site.

Set in the year 2005, everyone felt like recovery from the Second Wizarding War was possible. And just as they were picking up the pieces, another battle ensued nearly taking the British corner of the wizarding world with it. That was the Battle for the Blood Moon. Ever since its resolve, wizarding life is what you'd expect: students attending Hogwarts, professionals in the Ministry, shopkeepers working in the streets, and everyone trying to move on and live peaceably. The world is calmer and quieter now.

Events: None at the moment. 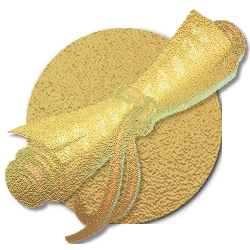 Oops, there was an error!

The thread you are trying to access could not be found.